Myth: It is slow to act.
Truth:
Not really. Homoeopathy is fast acting in acute conditions such as infections, fever, diarrhea, etc. The chronic and old disease such as psoriasis take a long time to treat hence homoeopathy has been labeled as slow acting. One may say that homoeopathy may be slower than the effect of pain-killers, anti-inflammatory medicines and steroids. One must know that homoeopathy is faster in the treatment of conditions such as allergy, asthma, eczema, migraine, arthritis.

Homoeopathy is like a tortoise in the well-known story of tortoise and rabbit.

Myth: When it comes to handling infections, nothing can beat antibiotics.
Truth: This myth is an example of mass ignorance in the hi-tech era that we are living in. Over and above, thousands of practitioners world over, have repeatedly and regularly observed that infections of all kind including the bacterial infections, respond beautifully to homoeopathy and no antibiotics are required for most of such conditions. It is in rare cases when the infection is very massive and the body has lost the vitality to recover, probably antibiotics are required in addition to homoeopathy.

One day homoeopathy will be recognized as a latest generation antibiotic measure.

The skeptics should keep the eyes open to evaluate the documented cases.

Myth: Homoeopathy is practiced by some quacks and those who have no scientific back-ground...
Truth: Well, homoeopathy in most parts of the world is practiced by the qualified Allopaths and the practitioners of the modern medicine. The founder of homoeopathy, Dr.Samuel Hahnemann, MD was a German allopathic doctor and most of the masters and the pioneers in the past were enlightened allopaths.

Those who think we are quacks, we just smile...

Myth: Homoeopathy is a miracle medicine and it cures every disease under the sun.
Truth: Homoeopathy is no panacea. It has its own set of limitations. We do fail in few cases, and keep learning to heal the suffering humanity.

Homoeopathy is not an ultimate medicine, for nothing is ultimate in this universe.

Myth: Is that homoeopathy would worsen my symptoms initially and then bring about improvement". I am scared to try Homoeopathy since I cannot afford to see my symptoms getting worse than what I have at the moment.
Truth: It is not true that Homoeopathy would lead to an initial aggravation of your complaints. After our 32 years of dedicated and sincere practice in homeopathy, we claim that we did not see any homoeopathic aggravation till now. The aggravation which the patient experiences at times after taking the medicines is usually coincidental with the progress of the disease where in, it worsens in its natural course. This confirms that the homoeopathic remedies are usually harmless, but the myths associated with them are not.
Posted by Expert Homoeopath at 9:26 PM 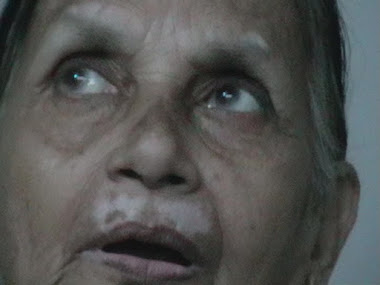